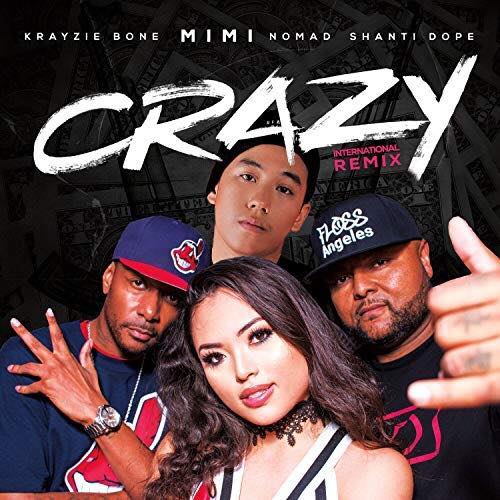 LISTEN to the song on Spotify  ➡️ spoti.fi/2P2lew1

As he celebrates one year in the industry, and more than 20 million views and streams for his hit song “Nadarang,” the new gen rapper-songwriter adds collaborations with international artists to the long list of achievements in his young career.

Shanti is expected to bring his A-game in on the international remix of the song ‘Crazy’ by rising American singer Mimi. He joins NomaD and Bone Thugs-N-Harmony member Krayzie Bone in the catchy hip-hop tune, also providing a unique Pinoy twist on his verse.

The song does not only feature Shanti himself as an artist, but also our very own language as he raps Tagalog on his verse. To be able to showcase the national language on a worldwide stage is a big feat for OPM artists, especially in the genre of rap, as Shanti continues to build bridges across different genres, platforms, and audiences through his music.

The rap prodigy will not only appear on this international track, but is also slated to be special a guest (together with his mentor Gloc-9) in the upcoming Ultimate hiphop OG Bone Thugs-N-Harmony concert on September 5, 2018 at the Mall of Asia Arena.

Tickets for Bone Thugs-N-Harmony concert are out now via SM Tickets | bit.ly/BTNH2018MNL It’s gonna be an epic hiphop party with #BTNHManila ft. Gloc-9 and Shanti Dope, made possible by Ovation Productions.