4th Impact – When Dreams Become a Reality
Written by Mark Daniels
(Sacramento, California) June 26, 2020. There has been a long-held dream beating in the hearts of both the members of 4th Impact and within the hearts of their fans also known as the Dreamers.
That dream has been for the girls of 4th Impact to not just make their 1st album, but to also become known in the USA, to have their music aired on US radio, to be signed to a major label within the USA,  followed by a concert tour within the USA, and finally a World tour.
As the 5th Anniversary of 4th Impact nears, and 5 years since their 1st appearance on X-Factor UK, that long-awaitedd dream is now starting to become a reality.

It was recently announced by 4th Impact that they are now working with the team of  Dan Mathews, Sam Michaels (Klubjumpers), MJ Racadio and Mark Daniels on their 1st Single being specifically produced for the US market and Billboard. 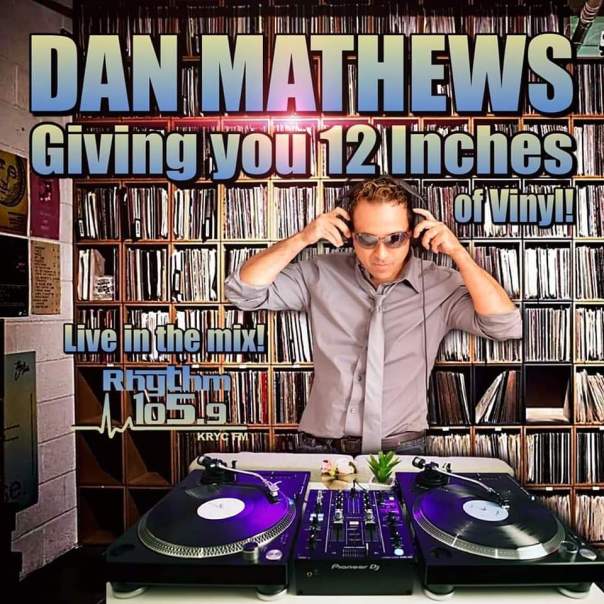 So how significant is this announcement?
Dan Mathews is Grammy Nominated and is well known as a top music producer within the United States.  Dan Mathews and Sam Michaels form the team Klubjumpers and their music has hit #1 on the Billboard Dance Charts countless times. 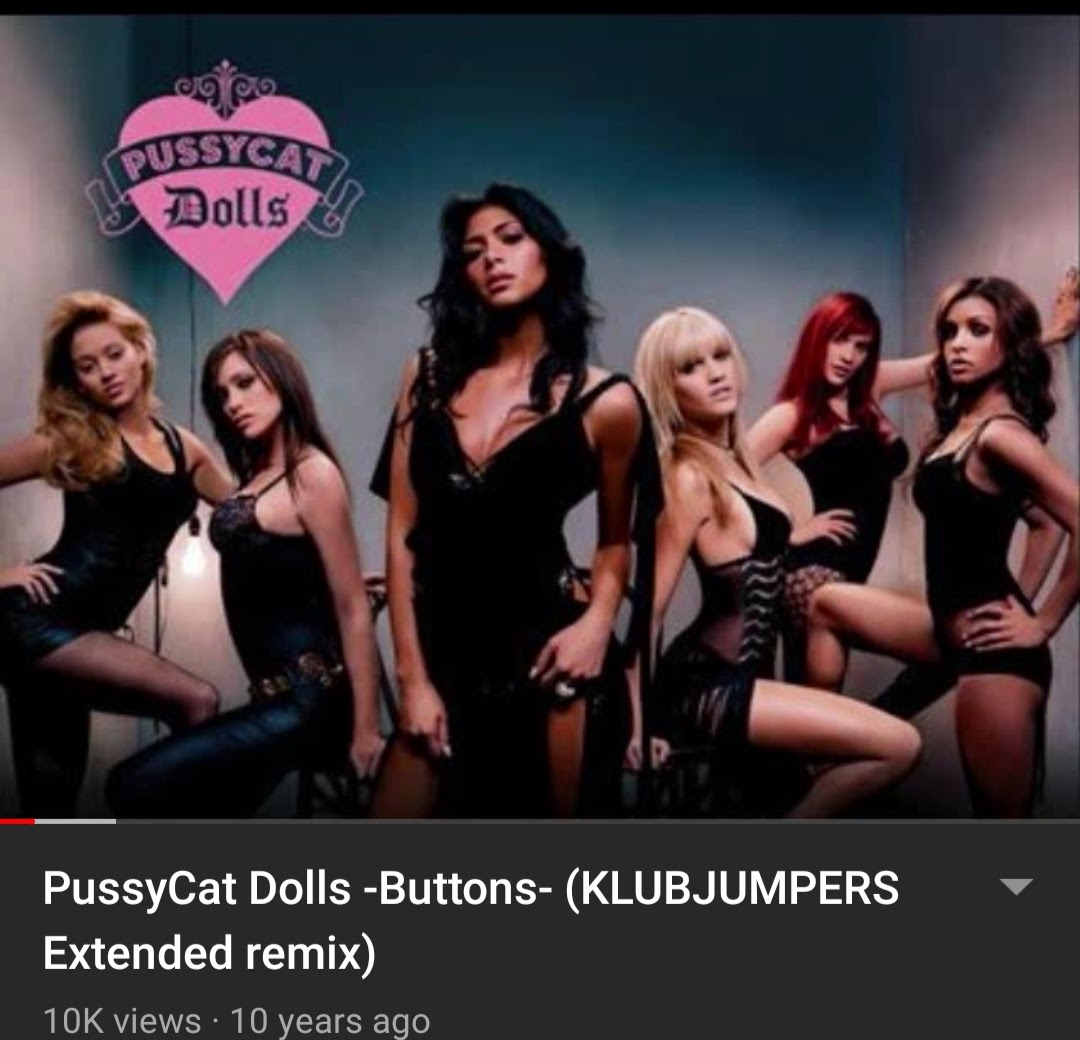 Pussy Cat Dolls, Enrique Iglesias to name a few, and were behind the success of Jason Derulo who’s music under Klubjumpers went Platinum four times.

As the girls of 4th Impact shared to Dan, they have always dreamed big, that someday they could actually be as big as Destiny’s Child.
During a recent meeting, Dan shared to the girls of 4th Impact that this will be a step by step process to reach their ultimate dream and vision for the group.
Dan also told the girls that even for himself it was a long step by step journey and did not happen overnight.  But with patience and hard work dreams and goals can be reached.
But already another part of their dream has come true as 4th Impacts first original single K(no)w More is already being played on airwaves within the United States.
The Abbie Knights Morning Show on 105.9 FM in California has become the First US radio show and station to play music by 4th Impact.
Abbie Knight has been very moved by the love and support of the Dreamers who write and call into the station to share their stories about 4th Impact.
Abbie recently posted a message directly to the girls of 4th Impact on her morning show fan page “Ladies you are so talented! I look forward to speaking with you soon!”
Two Dreamers that are cherished by the Dreamer community took the time to share with me their stories. Saab from Frankfurt Germany had this to say:  “I’ve been a Dreamer since 2019 when I saw them perform twice in Frankfurt, Germany.  I was so fascinated by their exceptional voices and harmonious singing that I couldn’t help but become a Dreamer.  What inspires me the most is the fact that they had to start from the bottom and despite setbacks, they kept believing in themselves and their message is to never give up. 4th Impact loves their Dreamers and it’s fun to be a part of this large family.  I can no longer imagine a life without 4th Impact.”
And finally from a Dreamer that is so well known within the Dreamer community Mife/Efim. Many Dreamers feel she is an honorary 5th Impact.
Efim has attended and filmed countless performances of 4th Impact for Dreamers around the world to view later.
“The 1st time I saw 4th Impact was way back in 2015 when I was working at a tv station.  They are so kind and down to earth.  Even if I’m tired from work I choose to attend their shows.  I remember once I fell asleep on the floor in the waiting area. I’m so happy seeing them perform.  4th Impact is my happy pill.  To be honest when I’m stressed all I have to do is see them perform.  It’s all worth it!”
Now other people within the United States are discovering what the Dreamers have known, felt, and experienced with 4th Impact.  With their 1st single produced by Dan Mathews and Klubjumpers within the USA for the Billboard and US markets currently in production, for their 1st song K(no)w More now being played on US radio soon, many other long-held dreams may become a reality.
Stay tuned for more exciting news…
Remember with faith, hard work, and never giving up, that’s when dreams really can become a reality.
Follow 4th Impact
Catch 4th Impact this Weekend
on Entertainment Vlog

#EntertainmentVlog: When Rising Superstars meets The Fashionista. #4thImpact has made history in XFactor U.K.,(Most Viewed Audition), Philippines’ Hottest Girl Group, and Rising Superstars according to the Abbie Knights Morning Show of 105.9 Rhythm FM. Historical moments in the U.S. What’s next for these talented ladies? Learn some fashion tips during quarantine with Nikka the Fashionista. E-Vlog Lesson of the Week. Music & Fashion Episode.
June 28 at 10PM (California Time)
June 29 at 1PM (Manila Time)
Kindly subscribe to #EagleNewsPH Youtube Channel.
https://m.youtube.com/user/EagleNewsPH
Watch all current episodes.Eagle News Live on FB I #EagleNewsLive

For Immediate Release
Press Release
GLOBAL POP ICON – BRITNEY SPEARS
FINALLY COMING TO MANILA
Manila, Philippines (March 29, 2017). Breaking News: Multi-platinum, Grammy Award-winning pop icon Britney Spears is coming to Manila on June 15, 2017 at the Mall of Asia Arena for her first-ever and much-awaited concert in the Philippines.
Iconic pop sensation Britney Spears is one of the most successful and celebrated entertainers in pop history with nearly 150 million records worldwide. In the U.S. alone, she has sold more than 70 million albums, singles and songs, according to Nielsen Music. Born in Mississippi and raised in Louisiana, Spears became a household name as a teenager when she released her first single “…Baby One More Time,” a Billboard Hot 100 No. 1 smash and international hit that broke sales records with more than 20 million copies sold worldwide and is currently 14x Platinum in the U.S.
Her musical career boasts countless awards and accolades, including six Billboard Music Awards and Billboard’s Millennium Award, which recognizes outstanding career achievements and influence in the music industry as well as an American Music Award and the 2011 MTV Video Vanguard Award. So far, Spears has earned a total of six No.1-debuting albums on the Billboard 200 chart and 22 top 40 hit singles on the Billboard Hot 100 — four of which went to No. 1. Spears has been nominated for eight Grammy Awards and won for Best Dance Recording in 2005.
Her cutting-edge pop concert Las Vegas residency, “Britney: Piece of Me,” at Planet Hollywood Resort & Casino has been voted “Best Show in Las Vegas” and “Best Bachelorette Show in Las Vegas.” Spears has also been creating fragrances for over ten years, and currently has 21 fragrances available in over 85 countries around the world.
Tickets to Britney Spears – Live in Manila will be on-sale beginning April 5 at 10AM. Book online at SMTickets.com or call 470-2222. Presented by Bench and Wilbros Live.
#BlogtalkwithMJRacadio Media Coverage

Recently released another Billboard chart-topping hits ‘Don’t Say it ‘ is available on iTunes to download. Apart from his hits, Amoray also embarking in another milestones of his career, which is chosen to be included in Promo Only Video with Global exposure.
https://www.promoonly.com

Before even hitting Billboard Charts, Amoray had written all his music and did all the vocals as well. Most recordings released by his own independent label Knockout Fashion Records and legendary Producer Manny Lehman. Recently featured in Abercrombie & Fitch compilations, UK Charts, and King of Spin Charts.

Let’s find out more with Up close & personal interview with Amoray.

What motivated you to become a recording artist?
I have been in the performing art’s for 20 years in Dancing, Acting and Singing. I have been recording demo’s for years and have sung with various groups also doing musical theatre it’s always been in the cards for me to become a Recording Artist and it was all about timing. Another thing is the right songs that fit the trends of the music business. Once I got the right songs and producer I’m ready to work.

Where do you get inspiration?
I’m inspired by my first teacher to music by my mother and father they were lover’s of all types of music from Gospel , blues, great soul R&B singers and Reggae music was played almost everyday in our house. These things also inspired me to respect the quality of great voices like Aretha Franklin, Al Green, Stevie Wonder, Sylvester, Bob Marley and so on. I love some of the new talents in music industry like Neyo, Usher, Beyoncé and strangely Nikki Minaj. I’m also inspired by everyday experiences and new things people adventures that’s inspires for my melodies. I write my songs for current times and situations. I just keep my ears and eyes open and the inspiration just pours in.

What do you do to unwind? Hobbies ?
I like to spend time with a few close friends, we almost never talk about the music business. It’s more of my listening to them and what’s going on in their lives. It really relaxes me to just chill, eat amazing food like salads are my favorites. Road trips are great to just filling the car with gas and let the wind take you. Spa’s are awesome and I’m love massage therapy. I’m also into some sports like Tennis and Swimming these are things I have been into since high School. But most of all, if I’m very sleep deprived I need catching up with at least 8 hour sleep.

What advice can you give to start-up artist?
The best advice I can give anyone that want to be a professional artist is to get a great vocal coach and study hard to learn about what your voice can do. Also make wise choices, you don’t have to be involved in everything just the right things that will help you propel to your goal. Also surround yourself with people who believe in what your doing. That will empower and motivates you. There is nothing worse than having haters around you it will only bring you down. One more thing if you are a independent artist be ready to invest in yourself. Take care of your business like copyrights and publishing it only cost a few dollars to secure your music.

If given a chance to work with any artist/producers who would that be?
David Guetta, Motto Blanco, Jennifer Hudson, Neyo, Tony Moran, Manny Lehman wish came true on the new EP “Don’t Say It” there are so many more.