The winner of two Tony awards including Best Score, Disney’s Newsies will make its Philippine debut courtesy of Globe Live and 9 Works Theatrical, featuring a creative team and cast of the best talent across the Philippines

Disney’s 2012 runaway hit musical, Newsies, ran on Broadway for two years. It ran for 1,005 performances and in that time garnered over 24 theatrical nominations including the Drama Desk, Outer Circle Critics Awards, and a total of eight Tony awards. It won Best Score for Alan Menken and Jack Feldman, and Best Choreography for Christopher Gattelli. This high-energy musical inspired by the true-to-life events of the “Newsboy Strike of 1899” is a show about social injustice, exploitative labor conditions, and the power of protesting against large-scale corrupt establishments. 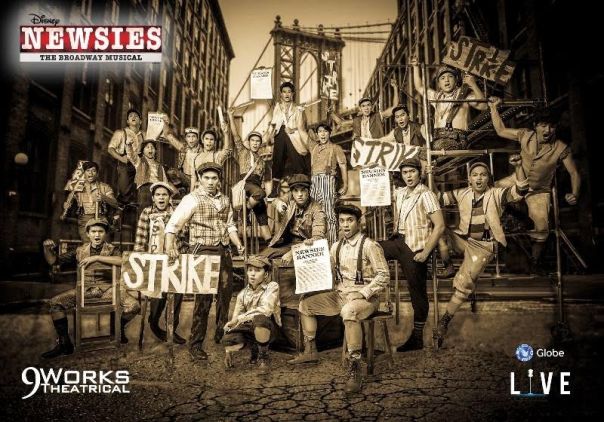 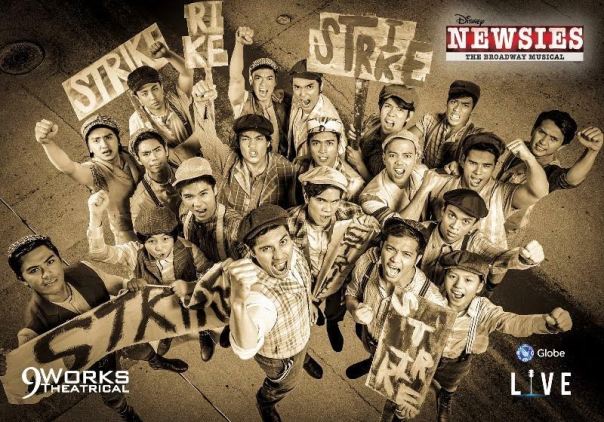 The show follows the charismatic newsboy Jack Kelly, a leader of a gang of “Newsies,” who “dreams of a better life far from the hardships of the streets.” From his humble beginnings, Jack Kelly becomes an activist who rallies the newsboys to protest against the rising distribution rates put forward by publishing giants Joseph Pulitzer and William Randolph Hearst. From newsboys to activists, the musical dramatizes the David-versus-Goliath fight for social justice and better working conditions

For tickets and more information, go to go.globe.com.ph/newsies, or contact Ticketworld at 891.9999.

Disney’s Newsies is a production of Globe Live & 9 Works Theatrical, co-presented by FOX and StarWorld, with MAC Cosmetics as the official make-up partner. Special thanks to RX93.1, Bonifacio High Street and Mossimo.